On January 23rd 2017, a group of around 50 gathered at the Nippon Foundation Conference Hall in Akasaka for a speech by Dr. Daichi Suzuki, Commissioner of the Japan Sports Agency and an Gold Medalist in the 1988 Olympics. Dr. Suzuki relayed many engaging, personal stories ranging from his training in Japan to his time as an exchange student in the United States, including various differences in athletic culture and training methods. He then spoke of career moves that led to his current position, the financial impact of the sports industry, and some of the various challenges the Japan Sports Agency faces on a day to day basis. 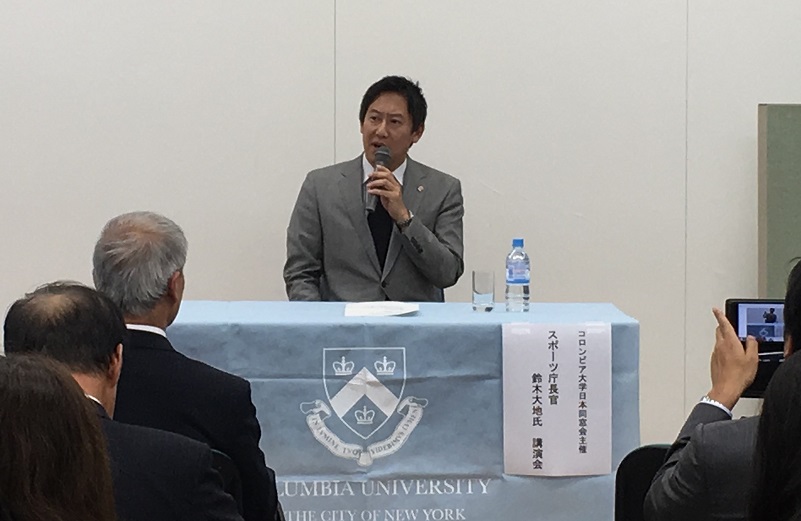 The lecture was followed by a series of questions by the audience, which ranged from questions about the upcoming olympics to requests for tips on nutrition and exercises we can incorporate into our daily routines for a healthier life. Attendees spent the remaining hour networking while enjoying a buffet dinner and drinks. CUAAJ thanks everyone who attended, and we look forward to seeing many more of you at future gatherings.